Home Blog » Hard Truths For Women To Be Confident and Successful 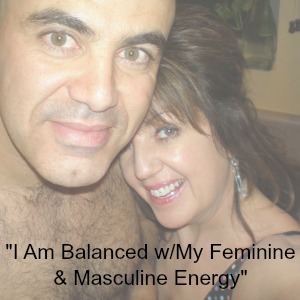 Here’s some truths about my journey to be confident and successful, to be empowered personally and ultimately become a coach for women to reach their feminine genius, that many of you may not know.

• I used to complain. A LOT. I was ungrateful. I pointed fingers. I was a victim. I was entitled. I lacked ownership.
• No small coincidence that I also felt pretty awful during those times. Sad, sick, alone, weak, tired….OFTEN. Then I began making decisions, and although never perfect, transformation began.

BUT I GOT TIRED OF MYSELF THIS WAY AND BEING STUCK IN MY DOWNWARD PLIGHT.

• I became healthy, and strong. I gained confidence. I practiced active gratitude. I learned about masculine and feminine energy. I started winning. I became influential. I attracted winners.

I committed to the decision to NEVER stop learning and

I decided to give back as much as I could

I decided that MY success only meant how well I helped OTHERS win more. I decided optimizing personal health was non-negotiable. I decided that once I took ownership for EVERYTHING, winning became easy. I made loving myself a priority so he would love me more easily…and me him.

• I drew my line, because I used to sit on knowledge that could help SEVERAL of my women peers, like FEAR, UNCERTAINTY, for whatever reason…but it was all BS in my head.

I GOT OVER MYSELF, and now do my best to help other women who are still in the struggle that sounds similar to the the stuck, dead-end road I was on.   I hope to make a difference, somehow.

I want to stay true to purpose. I want you to find yours too.

• What are you not giving right now, because you’re fearing the judgement of others, or how “worthy” it is or isn’t???

• YOU ARE SPECIAL, my friends. You’ve got GIFTS. You have a duty and an obligation to quit sitting on them, because the last thing you want is to one day, be a buried treasure. I promise, you can have it all!

I am here to help you.

You can schedule a complimentary consult, which is really an empowering, uplifting casual chat to learn how you can once and for all, achieve exactly what you desire.

Let me know if you’d like to make this year your absolute best! Sign up to get a complimentary empowerment session.

Teresa Salhi is the founder of Empower The Dream with programs that support women to be confident with who they are, embrace their feminine power and create a lifestyle that aligns with their passion and purpose. She is a Lifestyle and Business Coach + Law of Attraction Trainer. Teresa believes that we all have the ability to uncover our deepest talents and strengths, to be innovative, create opportunities, as well as, find rewarding solutions for humanitarian needs. Teresa shares her knowledge with local and global audiences.
Teresa met her husband, Riad while on a trip to Africa in 2009. As an advocate for healthy, positive living, she is an accomplished marathon runner, raw food advocate, non-profit fundraiser, practices yoga, and meditation.

As women continue to make great advances in the world, they are unfortunately, losing out on their deepest desires.

Many women today live a very masculine life of no fault of theirs. They take on roles that push them into masculine embodiment too much. This is causing an enormous amount of stress and a loss of her innate gifts that allow her to be in a flow of receiving the fruits of life. It also takes her further away from her natural inner and outer beauty.
In time, it has a detrimental impact on her personal confidence, relationships and overall life success and well being.

Not only will our programs and coaching guidance help your career or romantic relationships but is customized to help you become more feminine and confident in all areas of our life, which is really where your personal power lies...in the balance of both.
Read More…

All  images shown are believed to be public domain, therefore reprintable. All content and articles are created by site owner or private bloggers and are copywrited material.  Do not copy – stealing is bad karma!  Please enjoy our site, we are to serve you.
We also make every attempt to credit original photographers, authors, and websites, and do not intentionally infringe on anyone’s copyright.
Password Reset
Please enter your e-mail address. You will receive a new password via e-mail.